The premise
When I started working on the Nauticrawl I had my mind straight: I wanted to make a dungeon crawler, and on top of that put a cockpit sim acting as interface.
It made a lot of sense because I was on my own in developing this thing, and I was doing it in my spare time while on a full time contract, so it ticked all the right spots, few assets needed, no animations, very procedural.
Then the story setting  started shaping itself up, a high pressure atmosphere would justify having to roam around in a vehicle without ever leaving it.
Did I need this setting? nope, I could have just constrained the player in that cockpit  with any another excuse, but that setting was now stuck in my mind, it opened up a weird mixture of tales from Jules Verne set in a world like that of Dune by Frank Herbert, this was just too cool to pass on. 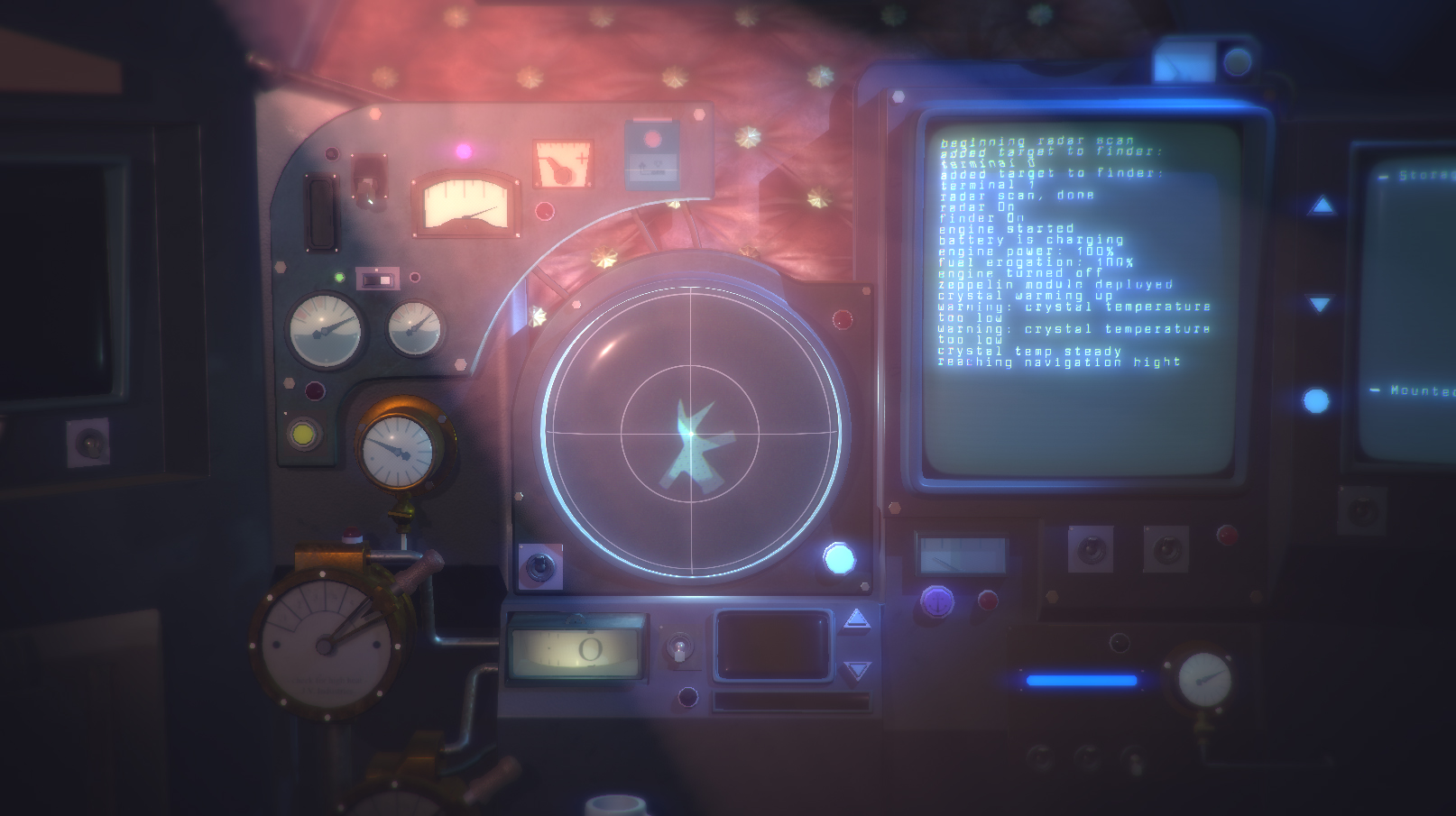 The map progression issue
Ok so, if underground is where people live and above the surface is where the nobles need Nauticrawls to go from place to place, minding their own mysterious business, how do I go from one level to another?
Dungeon crawler are usually either about reaching the heart of a dungeon, or the top of a tower.
It took a lot of "very precise" procedural progression thinking to solve the issue at hand. 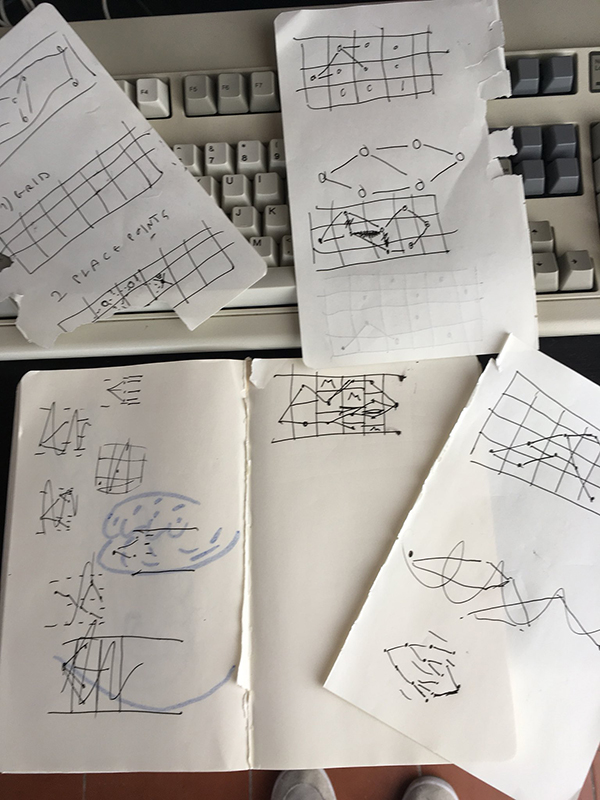 Going down?
Surely I can't go deep in a cave only to bring the player back from where he's from, the underground gutters of this planet is exactly where we are escaping from.
Ok, tower it is then.

Climbing up!
Ok but, I'm making quite a bit of work in order to build the imaginary of such a peculiar environment, what about all that nice light coming from the porthole, the environment sounds, the heavy atmospheric pressure premise, and there's so much more I can do while crawling outside in the open that I can't really do in a building.
Once in a tower, should the Nauticrawl take the stairs to move to the next floor? It's weird, I'll need a lift.
A giant house-like mecha taking a lift, a whole game confined in a cockpit which is inside a building, if that doesn't suck I don't know what does.

Going...forward, the boring choice is always the best one
So what if instead of going up or down, I just go forward, I'm back into open air, I can gate areas and unlock them with keys, this is as old as videogaming itself, could work.
And just when I had this all set, gates coded, keys acquired, all of a sudden, exploring became boring.
Imagine you are at the third level, you have fought to take a key and open a gate three times already, finding new side quests to spice up this formula is tricky.
There must be a way to go from a map to another that is better than all of those choices, I'm in a fantasy machine damn it, I can do whatever I want!

Now, if you are thinking that this is the premise for disaster, that feature creeping is now looming closer than ever on this game, I don't blame you.
Imagine, I am still alone in all of this thinking, so it doesn't help that nobody is there to stop me and punch me in the face.
Nowdays I talk a lot more about this project with @Polyducks, who is helping me with his awesome petscii art, but more of that in the next post. 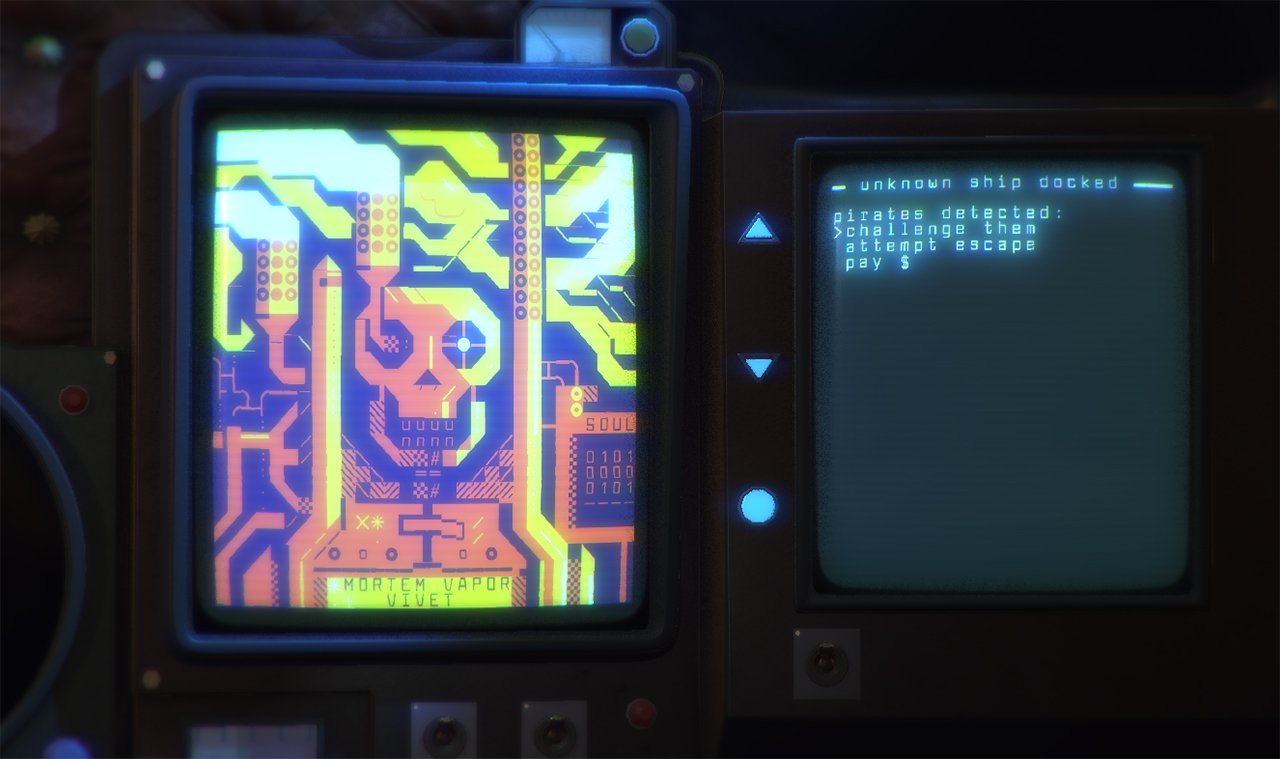 Going mad
Why can't I make this thing fly!?
I could make each level a self contained island.
You get from one island to another by air, maybe unlocking another gameplay altogether, a brand new part of the vehicle that forces you to learn once more new controls, thus breaking monotony!
You can acquire the next island coordinates, getting what you need before to set course and take off, seems like a very fun and motivating excuse to exploring as much of each island as possible, F*YEAH!!
So, how do you fly though?

At this point, I have little time at disposal and I'm almost done with the core part of the game, which I believed to be most of the game itself before going down this rabbit hole.
I have a payed job and little time to make progress, I am definitely caught in feature creeping, but oh boy they are such cool features too!

Going up, screw it, it doesn't get any cooler than that, the Nauticrawl can fly!
Fast forward to a couple of weeks before I wrote this post, my employer decides he's run out of money and it's time to shut down the game I was making for them.
Too bad, but at least now I have the time I needed to at least start this new section of the game.
Enter the Zeppelin module of the Nauticrawl! Activated once you've collected the Crystal, found the next island coordinates and you feel like you are ready to take off. 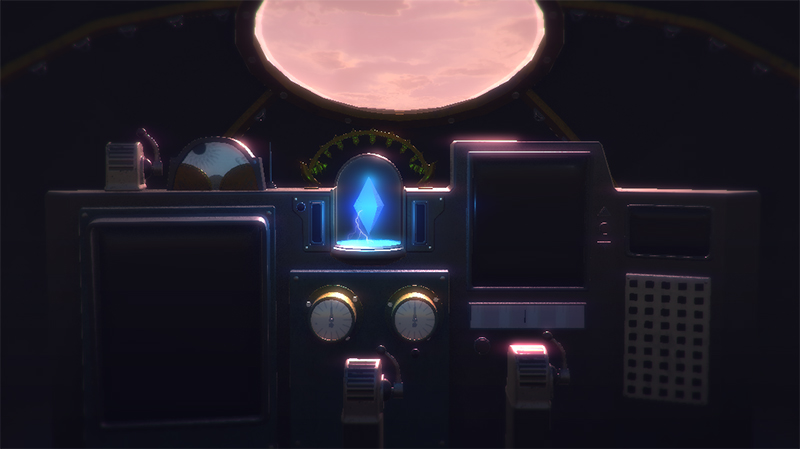 A whole new set of controls to learn, sun radiations to watch out for, crystal power and integrity, a real change of peace to brake the exploration cycle.
In my mind it all makes sense now, but how am I going to sustain myself while making this new and exciting part of the game?

Going broke
Somehow now that I'm working full time on the game, it feels like I dodged a big feature creep that would have postponed this game way too long.
I am between jobs, panic? No (sort of), I have a new cockpit to engineer and pretty much every new feature is scheduled and planned.
Wrapping up this long post: stay tuned as I gear up to find a way to finish this game before starving to death, I am thinking about a kickstarter, but I know nothing about organizing a campaign, so it looks like this will be my next challenge just as much as deciding what that grid of buttons on the right is gonna do.

I don't read my Feed often enough obviously, but have you thought about a Patreon (or one of the other "keep me fed" sites)? It might take some time to build up a pay-out but it could help even-out the dry spell.